First built as a private dwelling because of the restrictions on the freedom of religion during the time of the Russian Empire. The prayer house was built as a „greenhouse“ at the side of the house facing the yard. During World War I the rooms were given to the Orthodox Church and the services for the soldiers took place there. After the house was nationalised in 1940 by the Soviets, it was still allowed to hold services in the hall and even a balcony was added in 1957. The house was returned to the congregation in 1993 as unlawfully expropriated property. 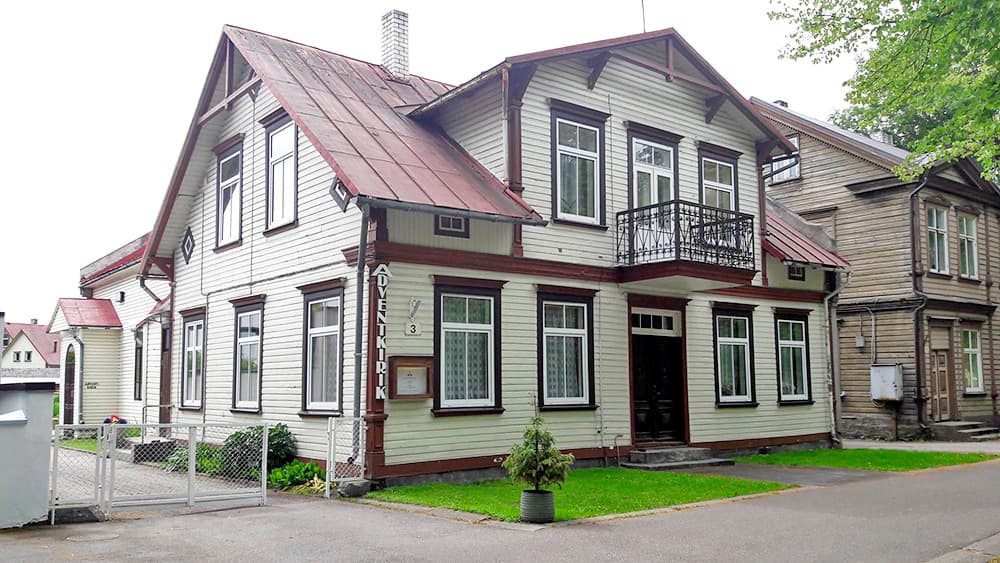