The historicist round log building was built as an auxiliary church of Ambla by Friedrich von Hoyningen-Huene, owner of Lehtse Manor; the tower was added in 1940. The church was damaged during the bombing of the Aegviidu railway station in March 1944 and its design was significantly altered during reconstruction. The current interior design was created in the 1970s (by Ilo Aurik). 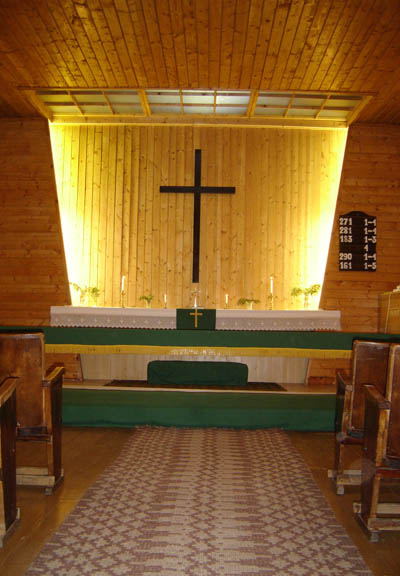