The current church was built in the 15th century. The building has been damaged several times over the years. Several extensions were built in 1835. The pulpit represents the Renaissance style and is the oldest preserved pulpit in the Baltic countries. Sides of the pulpit are decorated with carved figures of Christ with John the Baptist, Moses and Aaron. Neo-Gothic altar was manufactured in 1890 in the workshop of Master Bandelier, Tartu. Altar painting, depicting Christ on the cross with mourners, was painted in the same year by R. von zur Mühlen. Another notable old item is a wooden collection barrel (1755). One of the chandeliers was donated during the reign of Swedish king Charles XII, in 1699.The organ was built in 1906 (brothers Kriisa) in neo-Gothic style.The finial cock was installed at the top of the steeple in the 19th century, at the same time as other chandeliers and altar accessories: candle holders, crucifix and communion utensils. 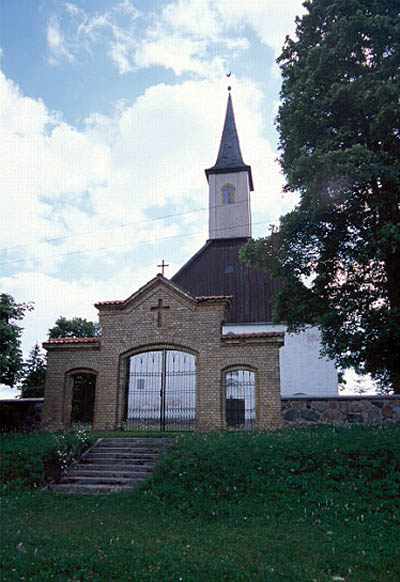 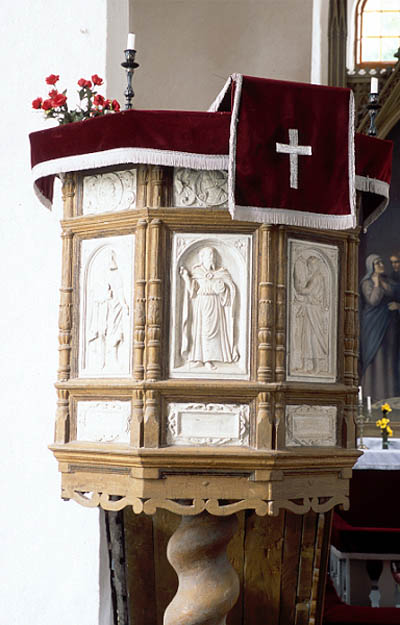 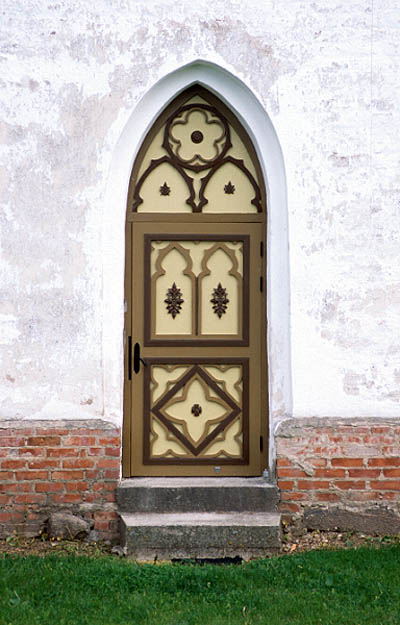 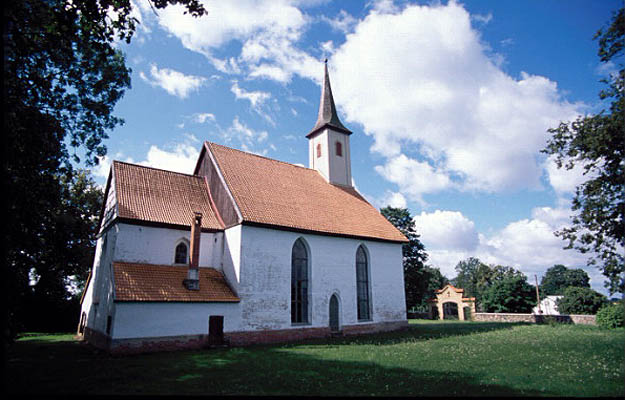 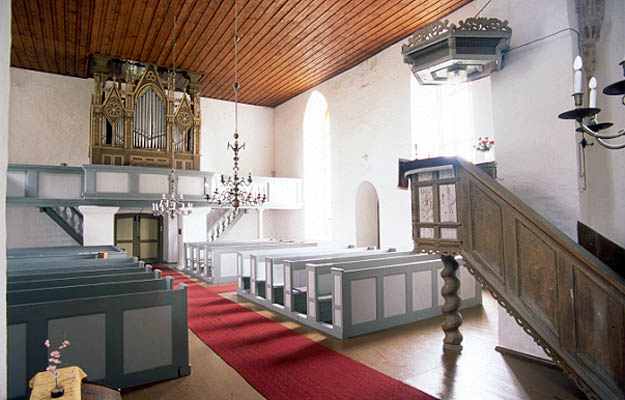 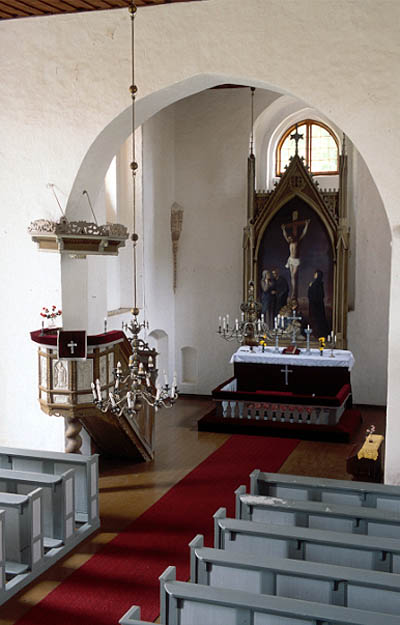 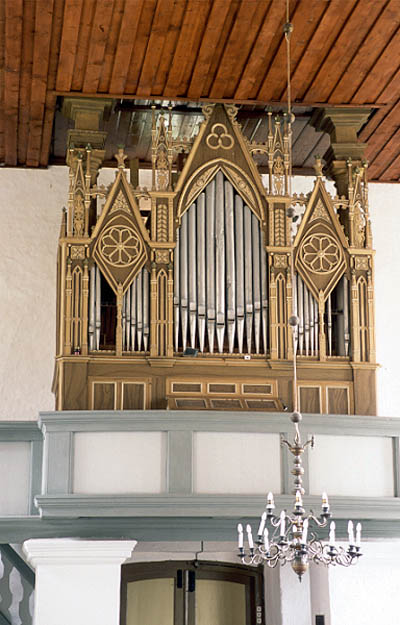